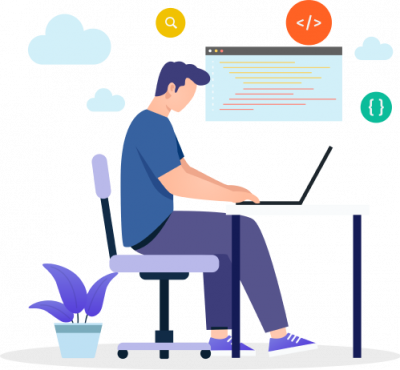 If you’re going to devote the time and effort to learning new programming languages, you want to make certain, without a doubt, that they’re the Top Coding Languages and the most in-demand ones on the market.

You will need to be at the front of the class if you want to begin (or advance) a career in software development. The first step to learning programming is to learn which is the Best Programming Language, what is useful, and which in-demand programming languages are on rising right now.

Are you unsure where to begin? You don’t have to worry about heavy lifting; we have already examined developer and market data over the past few years to identify trends and draw conclusions that will aid you in planning your programming education. You will learn the 7 most popular programming languages and some tips on how to learn them in this article.

Let’s recap how we put together this list before we begin. In determining what programming languages will be in-demand in 2022, we had two primary research questions:

Our first question is probably obvious to you. The popularity of a language can indicate its prominence in the market, although following trends isn’t always a good way to determine which languages should be prioritized. Generally speaking, the more common or widely used a language is, the more likely you are to encounter it at work as a developer.

Following that, we looked at which skills will become the most in-demand programming skills.

Here are some uses for this language:

A web page’s behavior is managed using JavaScript. The programming language can be used to create interactive maps, clickable buttons, animated graphics and more for web pages. In terms of navigation and readability, programmers who use HTML, CSS, and JavaScript together are able to provide a more positive user experience.

JavaScript is the most commonly used coding language in the world today. The reason is simple: most web browsers use it, and it’s an easy language to learn. Once you start learning JavaScript, you can start practicing and playing with it right away.

Additionally, because of the widespread use of the language, countless online communities, courses, and avenues for professional support are available. Combined with the language’s excellent usability, this makes JavaScript one of the most in-demand programming languages.

The following are some uses of this language:

Python is one of the easiest languages to learn and use, making it ideal for both beginners and experienced programmers. A large set of standard commands and functions come with the language. As they develop and test code, its interactive nature enables programmers to reduce the amount of time they spend on long sections of code.

The following are some uses of this language:

PHP is mostly used by programmers for writing server-side scripts. Additionally, it can be used by developers to write command-line scripts, and by programmers with advanced skills in PHP to create desktop applications.

PHP is considered one of the easier programming languages for beginning developers. It’s easy for PHP professionals to get support and answers to questions via several dedicated online communities.

The appearance of a website is controlled by CSS, or cascading style sheets. CSS determines a page’s size, color, and position, while HTML organizes site text into chunks.

The cascading part of CSS is convenient, too; an applied style cascades downward from a parent element to all child elements. Using this feature, users will not have to repeat their code across a site after they determine the aesthetics for the main parent. The delegation of site organization to HTML and aesthetics to CSS means that users don’t have to completely rewrite a web page just to change color.

Beginning programmers can dangle their toes in the metaphorical coding pool by using CSS, which is an approachable language. You should learn CSS before learning more complex languages if you’re new to coding!

Java is an object-oriented and general-purpose programming language. Object-oriented programming involves creating objects that encompass functions and data, which are used to provide structure to programs and applications.

Java is popular for a good reason: it’s relatively easy to learn, offers incredible security, and is capable of handling massive amounts of data. With these characteristics, Java is a great language for the online finance sector, as it is often used in the banking, billing, and stock market sectors.

Databases can be queried and manipulated using SQL, or Structured Query Language. Domain-specific programming languages are designed to be used with relational databases (relational database management systems). Essentially, SQL is a form of data retrieval, as well as updating, adding, and removing records from databases.

Despite its high functionality, SQL is better suited to small databases and does not always lend itself to large ones.

Object-oriented programming languages include C Sharp, also stylized as C. C# is an improved version of the C++ coding language released in 2002 by Microsoft.

C# is becoming increasingly popular for developing web and desktop applications. According to HackerRank (PDF, 2.4 MB), roughly one out of five hiring managers is looking for someone who can code in C#. While it’s true that it will be one of the most in-demand coding languages for the upcoming year, there are several more reasons you should be interested in this skill.

As with other popular languages, C# has a large and active community that offers support to learners. Due to its simplicity, C# may be easier to learn than some of the less documented newer languages. Furthermore, C# is ideally suited to building ever-more popular mobile applications and games. The utility of this language is likely to continue for years to come.

It’s the perfect time to pick up a new skill and begin your coding career.  With this list of the most in-demand programming languages and Future Trends in Coding for 2022, we hope to help you get started!

Best PHP Frameworks you Should Invest In

Why Laravel is considered the best PHP web framework: A study